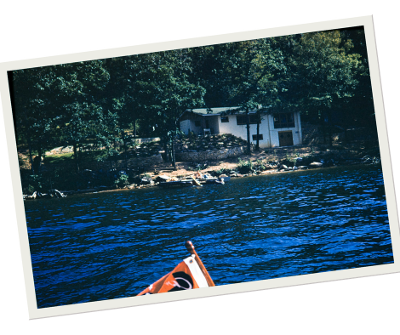 Mike's grandparents started vacationing in the Deep Creek Lake area in the early 1950s and purchased their first lakefront cottage on State Park Road near the Glendale Bridge. The cottage had no insulation which was the norm at the lake during those days. Wooden motorboats were on the lake and during that time period it was common to attach the floating part of the dock to a boat and tour the lake with friends and family. 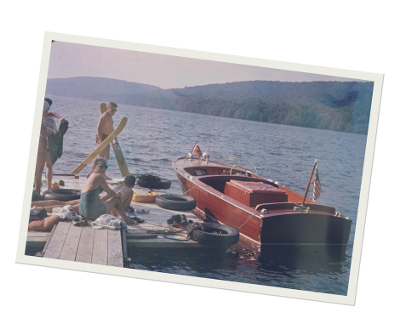 In the 1960s his grandparents moved to the lake full time and started their family mining business. His grandad, nicknamed "Mike", was instrumental in leading the formation of the original Deep Creek Lake property owner's association and construction of the first public sewer lines in certain areas of the lake. While still in college during this time, Mike's dad would organize hockey games on the lake when it was froze over. In the summer, after cooking out and enjoying sun soaked days, it was common for several Chris Crafts boats to meet in the evening at the Glendale Bridge and race from bridge to bridge. 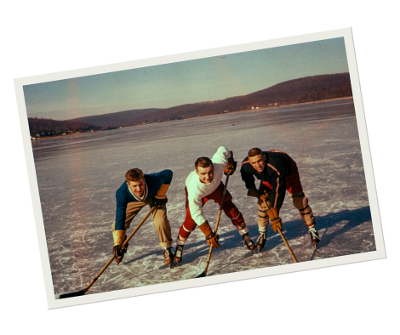 Mike was born in the summer of 1969 and while growing up spent every summer at his family's lakefront house. During the 1970s, Mike's family built a new lakefront house just a few lots away from the original cottage on State Park Road. During his childhood summers in the 70s and 80s, Mike and his family would swim all day from their dock and water skied behind their 1964 Chris Craft Super Sport boat most times in Cherry Creek Cove. His favorite places to visit by boat were the Pizza Pub (where Uno's is today), Chubby's (where the Lakeside Creamery is today), and Walt's General Store on the northern end of the lake in McHenry. 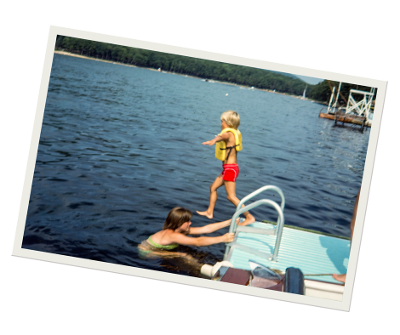 Special family occasions and dinners were usually held at Will O' Wisp (which is now Ace's Run) and Silver Tree (which is now Dutch's at Silver Tree). On weekends his family enjoyed going to see the very popular, local band Thunderhill at the Pizza Pub & Honi-Honi. In those days, rental houses were very few so on weekdays there was practically no boat traffic on the lake.

After college Mike and his family moved to Deep Creek Lake full time in the mid 90s, bought a tear down house and built their first lakefront house on Lake Shore Drive in Red Run Cove. They eventually sold that house and bought another lakefront house in Pergin Farm on the southern end of the lake. Shortly after Mike's first son Payton was born in the late 90s they sold their Pergin Farm house and moved nearby to another lakefront house they purchased in the Blakeslee community. In 2001 Mike obtained his real estate license and started selling real estate for Railey Realty. Mike continues to live on the lake today at his Lake Shore Drive house and has passed his love for the lake and water skiing to his sons. During the summer you can see them water skiing in the early morning from their dock in Marsh Run Cove near the Boardwalk and paddle boarding frequently in the evenings. In the winter his family also enjoys skiing and snowboarding at Wisp Resort along with mountain and road biking. Mike is very active and has participated in several of the local SavageMan triathlon races. Mike's sons, Payton and Sam, have been fortunate to also grow up on the lake and enjoy the Deep Creek lifestyle.